Edga’ Allan Jo here, at least that’s what they called me in junior high; I could recite at will Poe’s poems and was a bit macabre… here’s my December ditty. Cheers!

Seasonal tweetings in a manner of speaking! In a year replete with plagues, multi-color masques, voting violation whining, people unexpectedly orphaned or shouting ‘nevermore,’ my thoughts turn to wounded Tell Tale Hearts, plots from Poe, and Poe poems, particularly The Bells, ‘the tintinnabulation of those damn bells, bells, bells….’ Notice how bell rhymes with Noel and year we want to bid a swift farewell (from our cells)? I’ve even, inadvertently, been humming Let It Poe, Let It Poe. I wonder what the master of psychological terror would make of this year? If 2020 was a girl, he’d probably say with a Richmond VA drawl ‘you go girl, and don’t ya’ll ever come back.’

Poe had a knack for turning sensational news into timeless tales, though his technique sometimes caused him to backtrack and retract, as in Parisian tale The Mystery of Marie Roget that was in part about dead, floating in the Hudson, NY cigar girl Mary Rogers. Or would he write a poem like the one posted in Society of Classical Poets, a reworking of Annabelle Lee? “It was many and many a year ago, in a kingdom not so clean; that a virus there lived you may know, by the name of CV-19?”

Mr. Poe, I just cawed to say I still love you. What would you do with our 2020 news? Should it get a Premature Burial in an Oblong Box, or be turned into a Gold Bug cipher for future gen’s to figure out? There were plenty of horrible tell tale possibilities to work with: Brexit, DT’s impeachment, Oz’ish tornado in Nashville, and the unsettling deaths of a Supreme Court Justice, Breonna Taylor, George Floyd, Walter Wallace…and victims of CV. There was also intriguing news: Harry & Meghan tossed their crowns & moved to sunny California; Tik Tok, woke, and Zoom became household words; Ghislaine was found and arrested; Aussie fires were finally quelled… and there were things to mourn, not crow about, like no more snow days because of virtual classrooms and the closing down of pubs, mom & pop stores, and eateries. Fear not, Jupiter and Saturn are aligning in December and Poe prophesized ‘all we see or seem is but a dream within a dream.’

Still, I have to ask myself, is this the season we deck the halls with… or hit the deck? Most of us are gnome for the holidays. If 2021 is more of the same, how many of us may become raven mad or mainline Edgar Allan Poezac? The year Poe was born was a banner year for notable births, including Abe Lincoln, Alfred Tennyson, Charles Darwin, Kit Carson, Fannie Kemble, Louis Braille, and Oliver Wendell Holmes. 2020 was a banner year for introverts and recluses and for embracing social digital platforms. Good Humor bars, band aids, and Baby Ruth candy bars turned 100 in 2020. Women won the right to vote 100 years ago (my grandmother was a suffragette) and women at Oxford were allowed to obtain degrees; we tuned into radio stations, and came to a full stop at new, tri-color four way traffic lights. 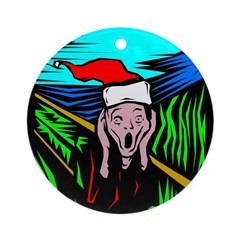 So many events were missed this year, Killer Nashville Writer Conference, Testicle Festival in Charlo, Montana, Hatfield and McCoy Reunion in Matewan, WV, and Moose Dropping/Throwing Festival in Talkeetna, Alaska. Quelle domage! Lennon is crooning in my ear ‘another year older, what have you done?’ Let me know what you did despite lockdowns and UnFortunato interments behind walls.  I did finish many book chapters, articles, and musings. Just check the blog archive. Who will die and who will survive in the Smokies in Interpretation of Death? Will Roary solve her fiancés’ murder in Coached in Death or become another statistic? Will mergirl Nora (Act of Ambition) figure out why Chaz Delacroix died and link his death to other crimes in the Keys? In 2021, I’ll also release a few chapters of Remains to be Seen, my magical realism opus that spans continents and cultures, and chronicles a 3500 year old feud, aka epic female cat fight that can only end one bloody way.

As this year concludes, I take heart from Poe’s comic stories. He wrote a few, like Mellonta Tauta and The 1002’nd Tale of Scheherazade. Are you ready for the 12 Daze of Xmas? Let’s ensure that in concert with the 2021 groundhog, we emerge from our holes anew, free of flu, as nun or monk, gorgeous hunk, a large chunk, or happy drunk… Let’s leap from this year into a better one, go light on Perrier & Evian (naïve spelled backwards), follow drunk bubbles and be festivus. Let joy befall you, that is to say—have a glorious holiday.

Can I get one big NEVER MORE shout out? Poe ho ho everyone . . .

4 thoughts on “POEpourri and 2020 Annabelle Lee”

Bookstooge's Reviews on the Road

Without The Good Book, Life's Road is Hell

This Blog is currently under reconstruction. Please bear with us as we sort it out.

History, Folkore and the Supernatural

...being an exploration of mid-20th Century horror paperbacks and assorted oddities.

A show about magic and witchcraft in North America

Tours for the Culturally Curious.

Tours from Here to There, and Back Again

Magical musings in a strange world

Willing Yourself To Win

The Not Left Handed Either Film Guide

Including ‘The Ripley Factor’ discussing representations of Women in Film